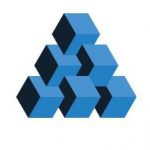 Our brand-new, upcoming ICO for this week is ATLANT, which is launching the ICO on September 7th,  and has all the markings of a successful ICO. I would be very surprised if this ICO didn’t knock it out of the park.

The main reason for this is because of the size of the vertical market the ICO plans to disrupt, professionally planned cadence of activity leading up to the ICO, the fact that there is something to actually log into,  the whitepaper, and the team behind the project. The CEO is named Julian Svirsky and he’s a Wall Street veteran  who introduced the project at FinTech 2017 in New York (August 21-24) – in fact they investing in a sponsorship of that event, and the team has, so far, hit all of the marks that go into a solid ICO. Since this is the Episode 1, I’ll explain the format.  Each week, I will need to cover the following points:

The project aims to use certain aspects of blockchain technology, combined with traditional aspects of real estate transactions to improve these processes and most importantly, drastically reduce fees.  The ultimate question for all  ICOS’a s well as this one is, simply – what is preventing the solution of these problems now, without a blockchain platform? How will blockchain help?

Let’s talk about the company. The web page for the ATLANT ICO specifically states that there is a legal structure, with a company named TENSIGMA registered in the British Virgin Islands. The BVI is an offshore jurisdiction, and details about the filing are only available through a paid search.  Whether this is a red flag or not is not something I am qualified to comment on. All I can say is that a lot of ICO’s use this structure, and I imagine it’s mainly due to the tax advantages in countries like the BVI, which is pretty important for a startup.

I would submit that the team is more important than company structure. There is much more information about them.  This team consists of 4 executive business leaders with a respectable amount of experience at enterprise levels. The advisory team is composed of men and women with significant financial and real estate experience – leaders in their respective fields. The technical team appears solid – young, of course, but solid in the sense that you could imagine that they would be capable of pulling this off.  The CTO was instrumental in building digital currency exchanges, and as you’ll hear in a moment, the team has already completed a somewhat working exchange platform, using open source technology, which can be examined on GitHub – which is system where developers can store and maintain their source software.

It’s interesting about these ICO whitepapers.  You might think that a whitepaper offered in the English language that was worth potentially worth millions of dollars would be checked and re-checked for grammar and usage at least as much as a half-page New York Time article, but you would be wrong.  Even the most impressive and sensible of these papers sound like they were written and then reviewed by people who use English as a second language.  But of course I’m quibbling – showing my age, I guess, since we now live in a sort of post-literate phase in human development. ANYWAY .. as an ICO whitepaper , this one comes in a 40 pages, and it’s mostly well-thought out and sensible. About a year ago, there was a notorious Twitter post when the whitepaper of Steemit came out  – a full 90-page, line-by-line rant – and while I suppose it could be possible to rip this apart like that was, I think you’d have to be a pretty aggressive troll to do so – like that poster was. Some significant and beneficial aspects of this concept expressed through this whitepaper is that there is a work component – people will be able to perform work in arbitration of disputes in the peer-to-peer rental network and collect fees. Ostensibly, this is currently done by employees of companies like AirBnB. A token mechanism running on a distributed network not owned by any one company will allow for these workers to collect money for what they do directly from the network. This kind of concept in an ICO whitepaper lends credence to the project. Another aspect that we like to see in whitepapers is the ability for token holders to vote to govern the platform. This egalitarian concept is another that should be in an ICO whitepaper, and is well-expressed in this one. Finally, the mechanism by which real estate is converted into a tokenized and tradeable asset through the use of a Special Purpose Vehicle, followed by a Property Token Offering and using an Ethereum-based Distributed Autonomous Organization is clear and makes sense – at least to me.

The Network – Ethereum, plus ATLANT (secure communication between) – According to the whitepaper, they will be using the Ethereum virtual Machine and Ethereum network, plus they will launch an ATLANT network as well. There will be secure communicate between those two systems. Smart Contacts will handle rental contracts, but the management of those contracts will be on the ATLANT network. They will make use of the Platform DAO and each property will have its own DAO and Property Token Offering. All certificates and contracts, as well as transactions are digitally signed, of course.

SEC Compliance and the Howey Test

This ICO has all the hallmarks of a professionally planned and responsibly-delivered project. I have looked at competing real estate ICO’s and I don’t see anything with this level of depth in the whitepaper and response form the community.  I think as ICO’s, it should be seriously considered and worth the effort to perform the due diligence to make your own decision to participate.

ICO 41 does the heavy lifting for you - selects an Initial Coin Offering each week and provides a 41 minute podcast that you can listen to at your convenience.